Representatives of the approach

Representatives of the approach

William Glasser (1925 – 2013) was an American psychiatrist. Glasser was the developer of Reality Therapy and Choice Theory. His ideas, which focus on personal choice, personal responsibility and personal transformation, are considered controversial by mainstream psychiatrists, who focus instead on classifying psychiatric syndromes as “illnesses”, and who often prescribe psychotropic medications to treat mental disorders. Glasser was also notable for applying his theories to broader social issues, such as education, management, and marriage, to name a few. Glasser notably deviated from conventional psychiatrists by warning the general public about the potential detriments caused by the profession of psychiatry in its traditional form because of the common goal to diagnose a patient with a mental illness and prescribe medications to treat the particular illness when, in fact, the patient may simply be acting out of unhappiness, not a brain disorder. Glasser advocated the consideration of mental health as a public health issue. He has written nearly thirty books translated in many languages. Glasser founded the Institute for Reality Therapy in 1967, which was renamed the William Glasser Institute in 1996. 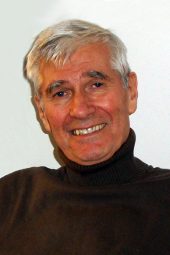 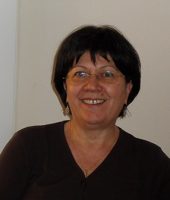 Boba Lojk, social worker, psychotherapist, senior instructor at William Glasser International has developed original approach in teaching New Reality Therapy based on personal experiences. Along with her husband Leon she set up the five years reality therapy psychotherapist training as well as four years reality therapy counsellor training. Boba is EART general secretary and confounder of Training Centre for Choice Theory and Reality Therapy in Slovenia that in 2009 became the European Institute for Reality Therapy (EIRT).

Boba was the first director of EIRT. Her contribution is that EIRT in 2011 has been recognized by EAP as The European Accredited Psychotherapy Training Institute (EAPTI). Thanks to this recognition as EAPTI every student who becomes RT psychotherapist through EIRT’s program automatic gets European Certificate for Psychotherapy (ECP) through direct award by EAP.

Go to Top
We use cookies to ensure that we give you the best experience on our website. If you continue to use this site we will assume that you are happy with it.Ok